Like many of her industry counterparts around the country, Angie Peters readily admits she fell in love with the transit industry years ago. 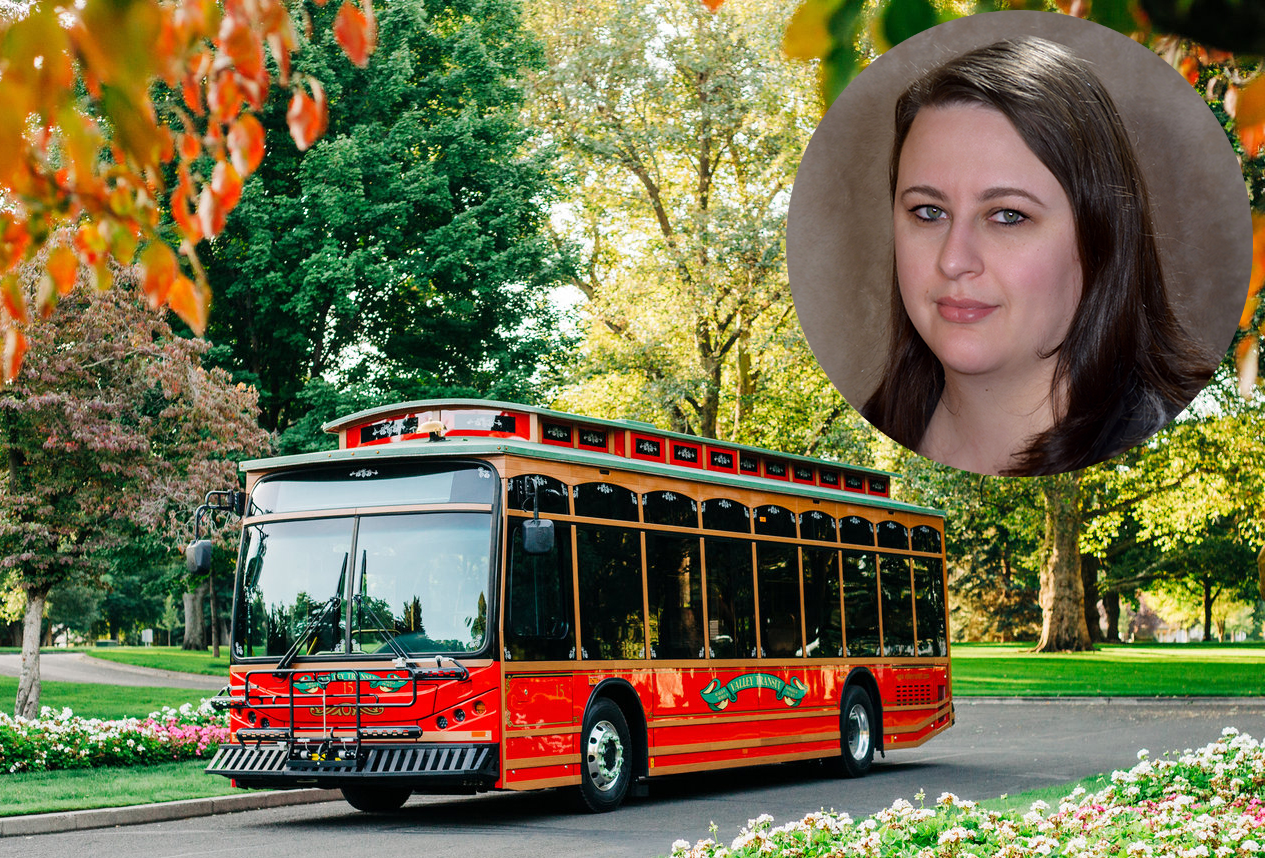 For her, public transit is an integral and vital community service that benefits people from all walks of life and it should therefore be highly valued as a public service.

And she brings that ethos and mindset to her role as General Manager of Valley Transit, a Connexionz customer headquartered in Walla Walla, Washington.

With a staff of 52, Valley Transit services an area with a population of 50,000.  Pre-Covid-19 it supported 700,000 passenger rides a year across 8 routes covering Walla Walla and College Place that were serviced by 19 diesel and four electric buses, and 10 CNG and four demand-and-ride vehicles.

Ridership is now well down as a result of the pandemic and despite incremental increases in 2021, isn’t expected to return to ‘normal’ levels until around 2025.

Hailing from a rural Oregon town of just 180 people (“we had a wheat field across the road from my school”), Angie has a private sector background in operations management and logistics, skills that she finds very relatable to the transit sector.

And as a dyed-in-the-wool public transit supporter (albeit a relative newbie to the industry, she admits) she’s seen a trend of many transit authorities move to a fare-free model. This has gained popularity during the pandemic, when many systems (including Valley Transit) went fare free as a safety mitigation related to close contact with people and/or money.

She acknowledges this will mean more government funding, but she sees this as an issue the industry and government needs to deal with collaboratively as part of recognizing the value of public transit to the community.

“We are seeing more and more smaller authorities adopt this strategy,” she says.  “And I can definitely see why.

“Transit is a public service just like the police, or your local library or the fire department; you don’t pay for those public services and nor, following that train of thought, should you have to pay for public transit.”

She adds to the logic of a fare-free model but citing the economics of public transit.  Valley Transit’s costs per passenger on its average five-mile loop fixed route are around $17.00 now.  The fare per passenger is .50c.

“If we are already heavily subsidizing the trip there is very little ROI in fare collection.” she asks.  “Why spend the money and the staff time to collect a fare that doesn’t cover anything useful?

“Especially as we are not in it for the profit.  We’re here to provide a public service to people who wouldn’t otherwise have access to travel options for a variety of reasons, including health issues, financial constraints and mobility issues.”

Another industry issue she sees as needing urgent attention is that of investing in technology.

She says the industry does a good job of the basics, but hasn’t always kept up with the developments in technology that other industries and sectors have leveraged successfully to their advantage and to the benefit of their customers.

“Real-time GPS information should be a standard tool right across the sector by now,” she says, “but it isn’t.  We have some providers who don’t even do ‘static’ information capture. This is due largely to the need for staff capacity to create General Transit Feed Specification (GTFS) files, and budget capacity to install hardware that can provide real-time updates on vehicle position.”

Angie, who says she’s lucky to work with a sophisticated intelligent transit solutions provider in Connexionz, believes tech, upskilling across the transit industry – and early adoption of new technology – will be a battle, but an important one to win.

“If most of us are here to support and benefit our riders, and to make the rider experience more pleasant and efficient, then we need to be using all the technology that’s available to us to do that, and in my experience of working with Connexionz, there’s plenty of tech that will generate tangible outcomes.”

As part of their role with Valley Transit, Connexionz also hosts the iTransitNW website, a regional platform for trip planning in southeast Washington and northeast Oregon.

We asked Angie what she does in her spare time and got an interesting insight into the pastime of creating food pun cartoons (google it!).  When she’s not indulging that particular passion, she can be found with her partner, and her ‘furbaby’ ‘Theo’, a two year old chihuahua, beagle, dachshund cross, lovingly referred to as a “Chauweagle.”

The case for free public transit – exploring a popular topic