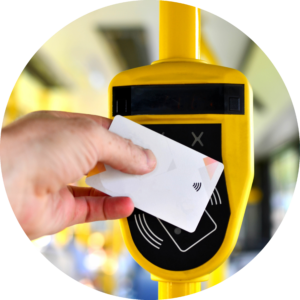 Connexion has a head office in Santa Clarita (Cal.) where its operations and delivery teams are based, and a sales and support team based in Denver (Col.).  But we also have a development team based in Christchurch, on New Zealand’s South Island.

New Zealanders are often called Kiwis (we are named after a flightless bird) and in this issue we introduce you to one of our Kiwi team, Danielle Whanau, who works as a Tests and Q&A Analyst.

Tell us about yourself, Danielle

My name is Danielle Whanau.  I was born in Christchurch where we had that massive earthquake about a decade ago and I’ve been raised in a few different places around New Zealand.  Dad was in the NZ Army.

For those of you with a geography interest, NZ also has a North Island, a Stewart Island (right at the bottom of the South Island) and the Chatham Islands (about 800km or 500 miles) off the South Island’s east coast.  NZ is in that part of the world colloquially called ‘Down Under’, and it’s where the Lord of the Rings films were made.

Growing up I played any sport I could – rugby (our national sport), softball, squash, athletics, swimming and touch rugby.  But I was most successful at basketball, representing the province of Canterbury and the NZ Koru team.

Nowadays I prefer to do cost-free activities like running, biking, and hiking around our beautiful scenic hills. I have a secret passion for organising “things”, be it kitchens, bedrooms, garages – I love taking a mess and making it look tidy.

What do you do in your spare time?

As you can tell, I enjoy being active, seeing and experiencing new places, catching up with friends at a nice cafe or eatery and travelling.  But my favourite thing to do is spend time with my family. We often have family dinners that are filled with good food, good banter, and plenty of laughs (mostly at my expense as I can be a bit of a clown).  I guess you could say I enjoy making people laugh.

I like that I am learning a lot about a bunch of new things. I’m a big believer in surrounding myself with bright minds so I can learn new soft and technical skills while hopefully also adding my uniqueness to the company.

Do you have a personal philosophy?

I think my biggest personal philosophy is treating people the way I’d want to be treated and meeting them where they’re at. I try to foster this culture wherever I go as I believe you get the best out of people when they feel cared about and respected.

Thanks, Danielle.  We’ll feature another of our Connexionz team in our next issue.

With increasing sales, smarter transit solutions provider, Connexionz (https://connexionz.com) has opened a new sales and marketing office in the heart of tech friendly Denver, Colorado. The 2nd US office for Connexionz will host a growing team of dedicated business development staff.

Connexionz US Sales Director, Brian Garrett, says the business growth has been driven by numerous competitive wins in recent months, plus existing clients purchasing additional product options/features, and recommitments from clients for service and maintenance on current bus technology systems.

“It’s been a very busy and productive 2021 for us so far, with new systems being installed in California, Wisconsin, Washington, Tennessee, North Carolina, Oregon, and Puerto Rico,” Garrett says.

He says among the company’s recent wins in the deployment of tracking and dispatch system for a 35-vehicle transit agency in the City of Racine, Wisconsin. “Racine is an exciting win for us, partly because the competition was so robust, but we also knew that our established CAD/AVL and tracking technology and experience integrating with Automatic Passenger Counting (APC) systems would make a real difference for both Racine’s transit team and the passengers they serve, “Garrett says.

Also new to the Connexionz portfolio is a project designed to enable Vallejo (CA) based transit agency, SolTrans, to undertake ‘platform loading’, a process that requires a highly accurate solution.  SolTrans, an agency with nearly 60 fleet vehicles completes over 1.4 million passenger trips per year.

The company selected Connexionz from among seven competitors, saying they know of only one other company providing anything like the Connexionz platform loading system.  “We’ve done this specific kind of dynamic transit center work before so were well placed to develop and implement the kind of specific innovative solutions SolTrans required,” Garrett says. 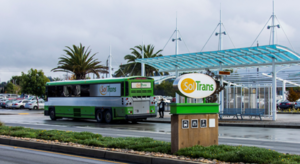 Connexionz continues to increase bandwidth while bidding on important integrated transportation technology projects that improve lives for millions of public transit riders across the globe.

Connexionz has two-decades of history deploying Intelligent Transportation Systems (ITS) into public transport fleets across the world. With international headquarters in Christchurch, New Zealand and a growing U.S. regional office in Valencia California; Connexionz is rapidly expanding their team and winning new contracts.

Connexionz recent achievements include the deployment of three Intelligent Transport Systems within the past 12 months,

Tracy brings more than 20 years of global experience providing service management and training. Tracy now oversees all post-sales customer contact for US customers, ensuring the United States get a heightened level of service and enjoy local support in real time.

Meanwhile, Connexionz’ New Zealand agencies will now have the Christchurch customer service and operations teams dedicated to their needs.

Connexionz is well-placed to support a fast-growing number of US and international transit authorities that are listening to their passengers, meeting market demand, and offering competitive services. With high demand for reliable and trusted systems, Connexionz’ ITS installations in the US continue to see growth.  In addition to the focused US growth, the Christchurch New Zealand headquarters has also seen an increase of staff with 6 developers and engineers joining the staff over the last two months.

The rapid growth of Connexionz in the public transportation space makes it quite evident that innovative services and software applications continue to play a crucial part in worldwide mobility.