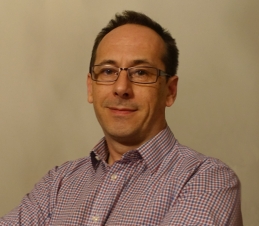 Connexionz Limited today announced that it has appointed Rhod Pickavance as Chief Executive Officer, to replace Roger Carruthers.  Rhod has been Sales and Marketing Director for Connexionz since 2010 and has been instrumental in securing several major US contracts for the Company in recent years.  “Rhod has the ideal mixture of experience, skill and enthusiasm combined with a solid technology background to lead Connexionz, which will be vital as the Company enters  its next phase of development including establishing a direct presence in the United States” said Bruce Sheppard the Board Chair for Connexionz.

Prior to joining Connexionz Rhod has held senior positions with a number of technology firms including Nortel Networks, Hamilton Jet, Airbus Industries, Sony and Tait Electronics.

After eight years with Connexionz Roger Carruthers has decided to make a significant career and lifestyle change to become a farmer in Southland, New Zealand.   Roger will however remain with Connexionz as part time Chief Financial Officer, to support Rhod and the Board with financial oversight and to ensure a smooth leadership transition.   “Roger joined Connexionz when the Company was travelling an uncertain path, he has re-focused the strategy for Connexionz and as a result, the Company has demonstrated a solid growth in customer base and returned to consistent profitability in recent years” said Bruce Sheppard.

“Please join me in congratulating Rhod on this exciting new appointment and wish him every success in his new role.  On behalf of the Board and shareholders I would like to thank Roger for his contribution to Connexionz over the last eight years and we wish him well in his new career” concluded Mr. Sheppard.